4 SEASONS SALE has been EXTENDED!

A reader recently wrote that she had used her homemade colloidal silver to spray an infestation of termites under her home.

She said she sprayed the affected area several times over the course of a week, and the termites disappeared.

She says there’s no sign of them at all. But she’s going to continue spraying every few days for several weeks in case they’ve laid eggs.

The idea that colloidal silver could stop a termite infestation doesn’t surprise me. After all, back in the late 1990’s and early 2000’s the federal government was investigating the use of silver particles as a wood preservative to help prevent termite infestation as well as mold contamination.

And guess what they found? They discovered that when ionic silver was pressure-treated into the wood as a wood preservative, it inhibited termite damage “with 100 percent mortality of termites.”

And why did the silver work so well on these insects, when it has always been thought that silver only kills single-celled organisms like germs, viruses and fungi? According to the authors of one study on this topic:

“The digestive systems of termites contain protozoa that aid in the breakdown of cellulose into more easily metabolized carbohydrates.

Because of its antimicrobial properties, silver has the potential to dispose of these organisms in the termite gut, disrupting the digestive cycle and resulting in the death of the insect.”

For example, the microbes in a termite’s gut assist in the breakdown of cellulose – a major constituent of wood and other plant fibers – turning it into carbohydrates, and then into short-chain fatty acids which the termites thrive on.

So, if the wood is drenched in silver, and the termites eat the silver, it kills off the bacteria in their tiny gut which they depend upon for the conversion of their food to nutrition. No nutrition, they die. It’s as simple as that.

In another study on the use of silver against termites, the authors treated various blocks of wood with five different concentrations of silver – 0.1 ppm, 1 ppm, 5 ppm, 10 ppm and 15ppm. They then placed those blocks of wood near different colonies of termites for two weeks.

The researchers then examined the treated blocks of wood and the termite colonies, finding that the 15 ppm block killed the most termites, the fastest. Indeed, it achieved a 100% kill rate in the first 9 days.

“Conclusively, this study showed that mycosynthesized silver nanoparticles are very effective protecting the wood from damaging not only from termite but also from wood deteriorating fungus. Further study should be undertaken to bring this approach at commercial scale.”

And in a study titled “Performance of New Silver-Based Wood Preservatives,” the authors wrote:

In yet another study, silver nanoparticles achieved 100% mortality of termites within only three days.

Finally, according to a white paper produced by the London Bullion Market Association (which tracks the wide variety of commercial uses for silver):

“Wood preservation shows great potential use for silver biocides… Research conducted at the Department of Agriculture’s Forest Product laboratory in Madison, Wisconsin, shows that silver-embedded treatments are effective in improving the resistance of wood to termites.”

And in countries like India, silver is already being used in termite bait traps and barrier treatments like in the photo below.

These traps – which consist of a piece of silver-treated wood inside of a plastic container with holes in it for the termites to crawl through – are generally buried in shallow holes around the perimeter of a wooden home. 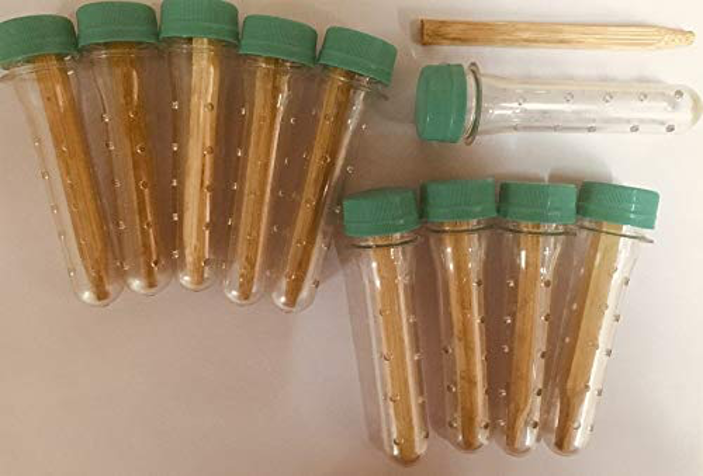 In India, termite “bait traps” and “barrier treatments” using silver-embedded wood are quite popular. The traps are simply buried in shallow holes around the perimeter of the wooden home. When termites enter the trap to eat the wood, the silver kills them.

When termites enter the trap to eat the wood, the silver kills them. Thus, the traps function as an effective barrier to termites trying to get to the wooden home.

The traps are simply buried in shallow holes around the perimeter of the wooden home. When termites enter the trap to eat the wood, the silver kills them.

As you can see, silver really does work against termites. And science knows it.

But while silver has been studied for several decades as a replacement for the toxic chemicals used in pressure-treating wood against termite damage, its cost – it is a precious metal, after all – has been the main factor preventing it’s more widespread use in the lumber industry, which has opted for less expensive copper chemical treatments.

But if you have a small termite outbreak in your home, perhaps you might consider spraying the affected area with colloidal silver, several times a day, for about a week, like the lady I mentioned at the beginning of this article did.

Perhaps you, too, will find that you’ve saved yourself a lot of money in termite treatments!